The quality of the coffee. Learn About Lavazza

If you decide to buy a good coffee bean, but are not a professional in this matter and are afraid to make a costly mistake, then we will suggest that you study the primary designations on the packages of coffee beans to help you get an idea about the product that is hidden from you under plastic wrap.

Of course, this marking information will be true only if it is not a fake. Signs of recognition of fake LAVAZZA coffee will be examined by us in a separate article.

First, let’s talk about what, in our opinion, the most important markings of coffee beans affect its taste. First of all, we note such positions as the quality of coffee beans, the place of their growth and the method of cleaning.

We will analyze other markers separately, since they do not fundamentally affect the taste of the coffee you buy.

The quality of coffee, namely coffee beans, is influenced by a lot of factors about which the manufacturer is obliged to inform the buyer. The fact is that the standardization of grain in many countries is different and is determined by its features. For example, hotel countries, such as, for example, Brazil, produce coffee almost throughout the territory, which is very extensive. This of course affects its taste. Therefore, such coffee can be marked not only with an indication of the country, but also a specific region or even a farm.

Why is this done. The thing is that the quality of grain depends on the geography of growth. On highlands from 1400 m and above, high-quality arabica grows from which grains of the highest grade are produced. Highlands allow the grain to ripen well, have a dense structure, and it also has very little caffeine — only within 1%. 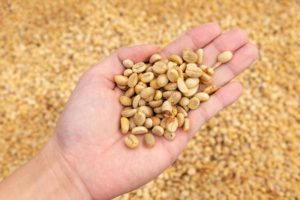 Therefore, grains are marked on the packaging in the form of letters

SHG (Strictly High Grown) will indicate that coffee beans have grown at an altitude of 1400 — 2000 m and are a product of the highest quality. These are the grains of arabica which are most valuable. Such coffee grows, for example, in Colombia, Tanzania, Kenya. Still such coffee has the abbreviation COLUMBIAN MILD — the highest grade.

At an altitude of 800 to 1200 m, coffee trees of the first grade arabica coffee grow — OTHER MILD.

The combination of letters HG (High Grown) suggests that the grains grew in the foothills of 600-800 m, the grain quality is also good. Usually this is second-class coffee. Abbreviation BRAZIL.

Coffee beans of lower quality will be informed by the abbreviation for packaging CS (Central Standard) or MG (Medium Grown) — the product is grown on a plain up to 600 m above sea level. For the most part, these will be grains of robusta, which is much lower than Arabica because of its low taste and aromatic qualities, as well as its high caffeine content.

It is the understanding of the geography of growing coffee beans and the indication of such abbreviations as COLUMBIAN MILD, OTHER MILD, BRAZIL that will immediately point you to another, no less important aspect when choosing coffee — the hardness of the grain.

One of the most important factors. Grain hardness marking immediately confirms your geography of growth, quality and potential aromatic properties. Highlands will provide you with the highest quality grain — the structure of which will be as dense as possible, and therefore — the highest taste and the minimum level of caffeine.

This grain corresponds to the geographical level of the SHG (Strictly High Grown), and the grain will have a maximum class of SHB and AAA. SHB (Strictly Hard Bean) are elite arabica beans that were grown at an altitude above 1400 m, which have maximum hardness and saturation. 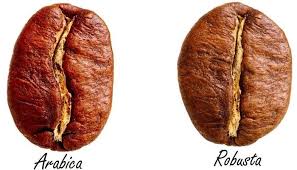 Grains grown at the geographic heights of OTHER MILD will be labeled SHG and AA, which also indicate high quality and grain density.

Coffee type BRAZIL, which grows at medium heights, will have a rating slightly lower — HB, HG and A. HB (Hard Bean) is a fairly hard grain.

The coffee that was grown on the flat terrain will be characterized by the abbreviation of the letters AB, B and C — this is third-class coffee. Such grains may also be labeled MHB — as grains of medium hardness.

Grains in the general characteristics are classified by letters:

A — the highest level of quality;

In — an average level of quality;

Given that the taste and geographical features of coffee growth are extremely diverse, this classification is not complete and may have certain combinations:

The method of processing grain

Another important aspect in the study of coffee labeling is the determination of the way the grain is processed. There are two main methods: dry and wet. On a pack, such processing will have the abbreviation Washed — i.e. wet or unwashed / natural / dry — dry. In most cases, high-grade arabica varieties undergo wet processing.

This is due to the fact that after such processing the grains get a more rich, diverse taste. The grain is revealed more fully. Dry processing makes the taste of grain more heavy, sweetish. However, it should be noted that some expensive arabica varieties also undergo dry processing, which does not affect their taste variety. 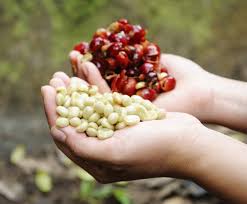 HGW (High Grown Washed) — grain grown in the foothills of the first grade, the grain was treated with water.

Also feature semi-wet processing. This method appeared relatively recently and can be indicated on the pack as semi-washed, pulped-natural, and in rare cases — honey processed.

We talked about the markings that, in our opinion, are most important when choosing coffee with high flavor characteristics. 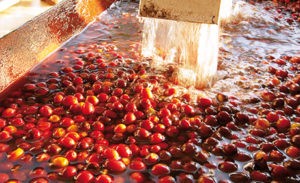 In addition, information may also be on the packaging that tells how grains were selected. There are two ways:

EP (European preparation) — European grain selection method, where up to 8 defects can be rejected from 300 g of coffee;

AP (American preparation) — American grain selection method, where up to 23 defects can be rejected from 300 g of coffee.

In this process, small, broken grains, impurities, etc. are seized.

Given the global consumer trend for the use of products that are grown without the use of chemicals, coffee is gaining popularity under the abbreviation «Organic coffee». With this label, coffee makers inform their customers that no chemicals were used to grow the beans.

Coffee is grown in organic natural conditions. Such marking requires an appropriate certificate, since it is more expensive than regular coffee, in addition, the manufacturer must confirm that its organic coffee could not come into contact or mix with inorganic. The manufacturer LAVAZZA has the relevant certificates. 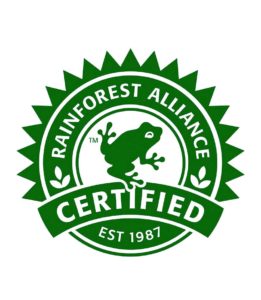 Coffee grains can also be labeled as “New crop” — these are grains of a new crop that are packaged immediately after harvest. «Old crop» — last year’s grain harvest. If you meet the labeling «Mature», «Old» then this means that the grains were stored in a warehouse for up to three years. And if the marking is in the form of «Vintage coffee» or «Aged coffee» — the grain can be from six to ten years.

Information about the place of frying and packaging is usually placed on the back of the packet or from the bottom. This information is also important, as it may affect the taste. After roasting coffee, the terms of which are indicated on the pack, it is advisable to consume within three months, since after this period it begins to gradually lose its aromatic and taste properties.

We hope that the information in this article was useful to you. 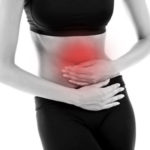 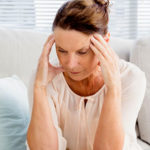 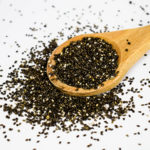 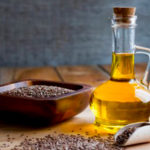